Michael Shank Racing led the way for Acura Motorsports as the checkered flag flew to end the Rolex 24 Sunday at Daytona International Speedway, with the team’s #86 Acura NSX GT3 finishing second in the competitive GTD division and claiming the win in the first round of the Tequila Patron North American Endurance Cup. Acura Team Penske gave the new ARX-05 prototype a strong debut, the team’s two cars running 1-2 at the 12-hour mark, before both were delayed by separate issues in the early-morning hours.

Fielding a five-car effort in two separate IMSA WeatherTech SportsCar Championship classes, Acura Motorsports contended for victory in both the headline Prototype and supporting GTD divisions. All five entries, including a pair of new ARX-05 prototypes fielded by Acura Team Penske and a trio of NSX GT3s in the GTD category finished the challenging opening round of the 2018 season.

Acura Team Penske
The new Acura ARX-05 prototypes featured throughout the first half of the 24-hour endurance contest, with Helio Castroneves taking the overall lead in the seventh hour in the #7 Acura Team Penske entry he shared with Ricky Taylor and Graham Rahal. By the 10th hour, the Acura ARX-05s were running 1-2, with Taylor leading teammate Simon Pagenaud, co-driving the #6 Acura with Juan Pablo Montoya and Dane Cameron. The pair of Acura prototypes continued to pace the field through the 12-hour mark.

But in the 14th hour, Cameron was forced to take the #6 Acura to the garage area to replace the alternator and related components. The resulting long stop dropped the #6 ARX-05 out of the running for victory, but Cameron and his teammates recovered to finish ninth.

Just over an hour later, contact between the second-place Castroneves and third-running Felipe Nasr caused extensive damage to the #7 Acura ARX-05, sending the second Acura to the garage for repairs.  Approximately 40 minutes later, the #7 ARX-05 returned to action, ultimately finishing 10th.

Acura NSX GT3 Teams
Michael Shank Racing returned with its pair of NSX GT3s to start the new season on a positive note, taking the #86 Acura NSX GT3 to a second-place finish, best result for the team at Daytona since winning overall in 2012. In addition, by being the highest-placed GTD entry at the six, 12 18 and 24-hour marks, the #86 team also won the first round of the 2018 Tequila Patron North American Endurance Cup.

Starting from sixth with Alvaro Parente at the wheel, the #86 MSR Acura was in the thick of the GTD class lead battle throughout the race, with co-driver Katherine Legge taking the class lead in the 10th hour, putting Acura in the lead of both the prototype and GTD divisions at that point.

Additional drivers A.J. Allmendinger and Trent Hindman kept the #86 Acura in the fight for the GTD victory, despite twice being hit and briefly knocked off course by passing prototypes.

Driven by Lawson Aschenbach, Justin Marks, Come Ledogar and Mario Farnbacher, the #93 Shank NSX GT3 ran as high as second in the seventh hour. However, an unscheduled pit stop to repair a cooling duct took the quartet out of contention for the class victory. The four MSR teammates persevered to finish 11th.

A third Acura NSX GT3, entered and run by the Honda associate-led Honda of America Racing Team, made its WeatherTech SportsCar Championship debut at Daytona this weekend. A strong start from driver Ryan Eversley saw the #69 HART Acura run as high as fourth early in the race before a series of mechanical issues dropped the car down the order. Eversley and co-drivers Chad Gilsinger, Sean Rayhall and John Falb drove steadily throughout the event to finish 16th.

Next
The 2018 WeatherTech SportsCar Championship now moves to central Florida for the 66th annual 12 Hours of Sebring, March 17 in Sebring, Fla.

Video recaps from this weekend’s Rolex 24 endurance race at Daytona International Speedway are being posted on the “Honda Racing/HPD” YouTube channel. Produced by the Carolinas Production Group, the video packages can be found in the 2018 HPD Trackside Video Playlist at: https://www.youtube.com/HondaRacingHPDTV.

Quotes
Art St. Cyr (President, Honda Performance Development) on this weekend’s Rolex 24: “At Acura, we go into every race weekend with high expectations. This weekend’s Rolex 24 was no exception. We had the goal in our return to prototype competition of showing the Acura ARX-05 to be capable of victory. The fact that we were so competitive, and led at several times, makes the final result disappointing. However, we demonstrated that allof  the hard work by HPD associates and the Penske team has been realized, and we expect much success in the future. Our NSX efforts shows how far we have come from last year’s debut. All three NSX GT3s finished the race. Congratulations to Michael Shank Racing and all the drivers of the #86 car, for an outstanding second-place finish in this grueling opening race of the 2018 season.”

Helio Castroneves (driver, #7 Acura Team Penske ARX-05) led overall, finished ninth: “Overall, it was a good comeback weekend for Acura Team Penske. We qualified up front, ran strong the whole day and finished the race. There is something to be said about finishing a 24-hour race. It’s too bad that both of our cars were running one-two into the early hours of the morning and we both ran into problems. First, the other car had alternator problems, and then we got run into by another car while running second. I feel like we had a legitimate shot to win this race, which tells you how prepared we were coming into today. Overall, we have nothing to hang our heads about.”

Dane Cameron (driver, #6 Acura Team Penske ARX-05) led overall, finished 10th: “I mean, it’s been amazing, a dream come true for sure: to drive for Roger, for Acura, for Team Penske. It was really enjoyable. But then, also, disappointing, because I think we had great pace. We had one issue, and that was it. It would have been nice to be there in a fight for the win at the end. Still, not a bad way to kick off the year. We know we have a strong Acura ARX-05, and we’re good enough to make a push for the championship.”

Katherine Legge (driver, #86 Michael Shank Racing Acura NSX GT3) led GTD, finished 2nd in class and won the opening round of the North American Endurance Cup: “My first double stint was really good, my second was average.  We were also double stinting tires, just trying to get through the night. My last stint was really good, apart from the incident with the prototype [when she was hit and knocked off track by a passing prototype].  I don’t think we had the straight line speed to fight with those guys, so what we achieved was like a victory.  I’m happy to be on the podium, but gutted not to have won.  I’m proud of Acura, HPD, the whole MSR team and all of my co-drivers. It’s been a very long 24 hours.” 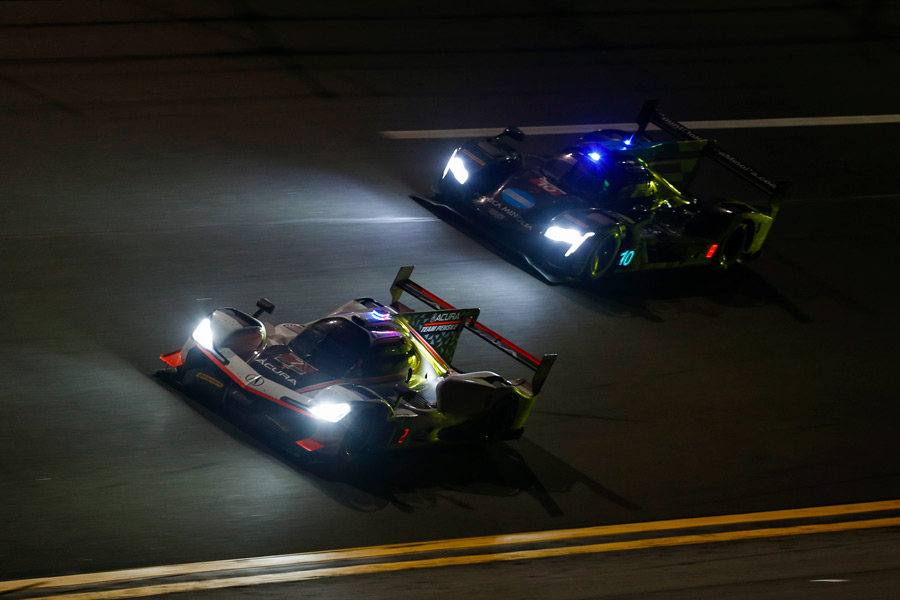 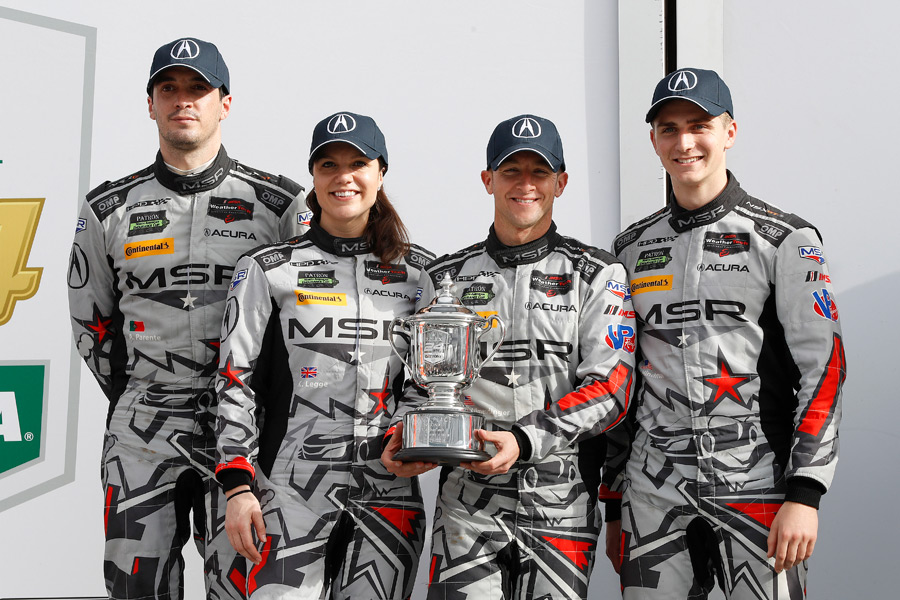 Happy #frontendfriday! A special shoutout to the @

From daylight to night mode. Loving this 1G TLX bu

These wraps from @elite_m4 🤤 Gray MDX Type S or