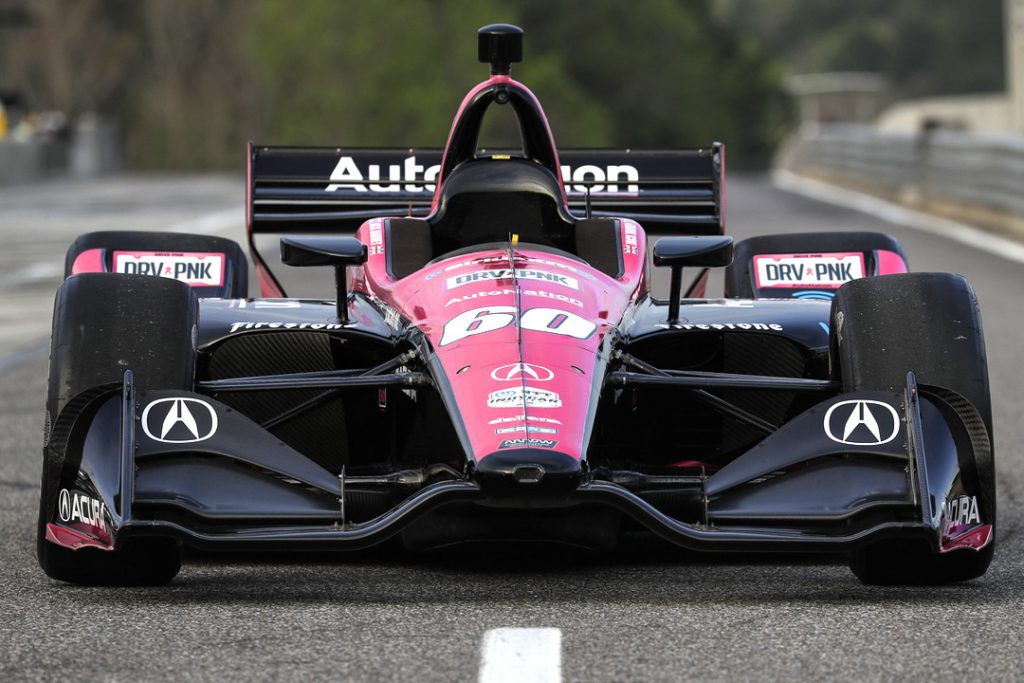 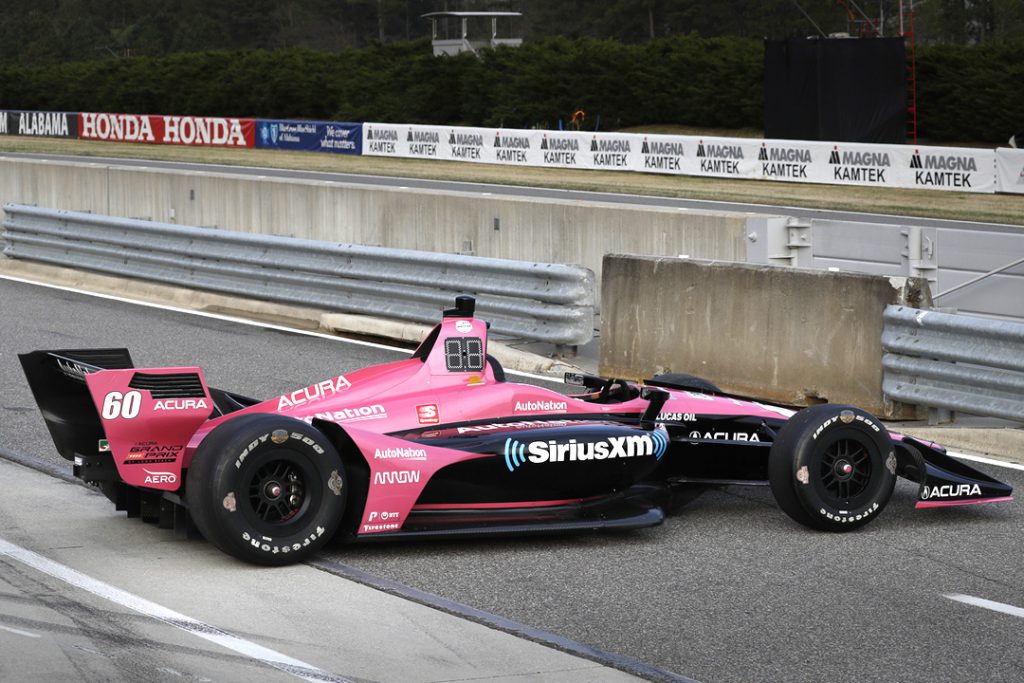 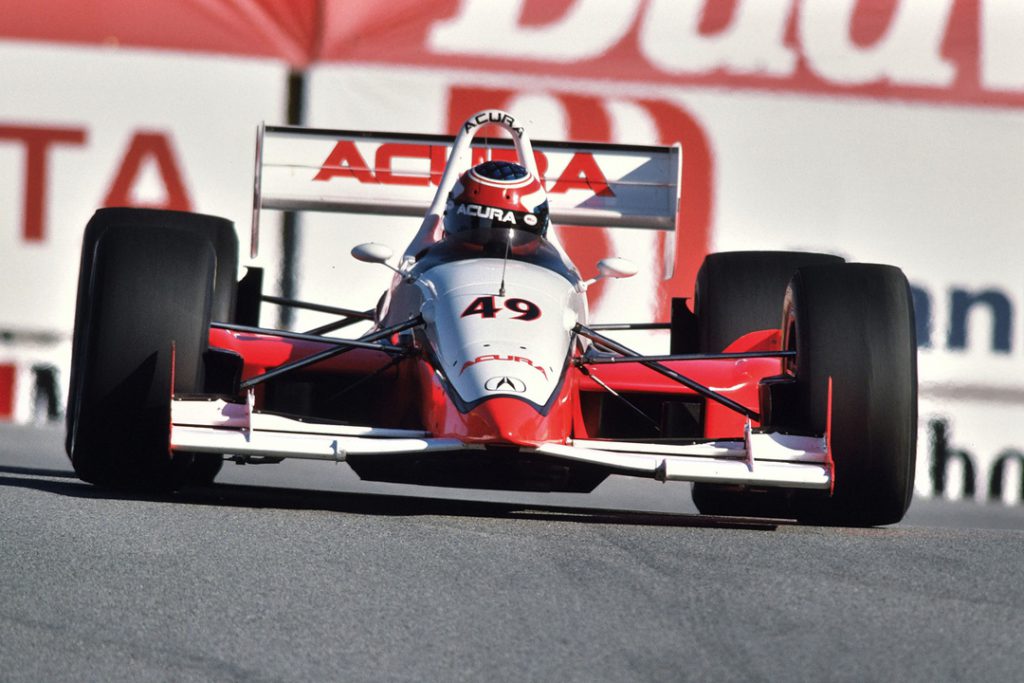 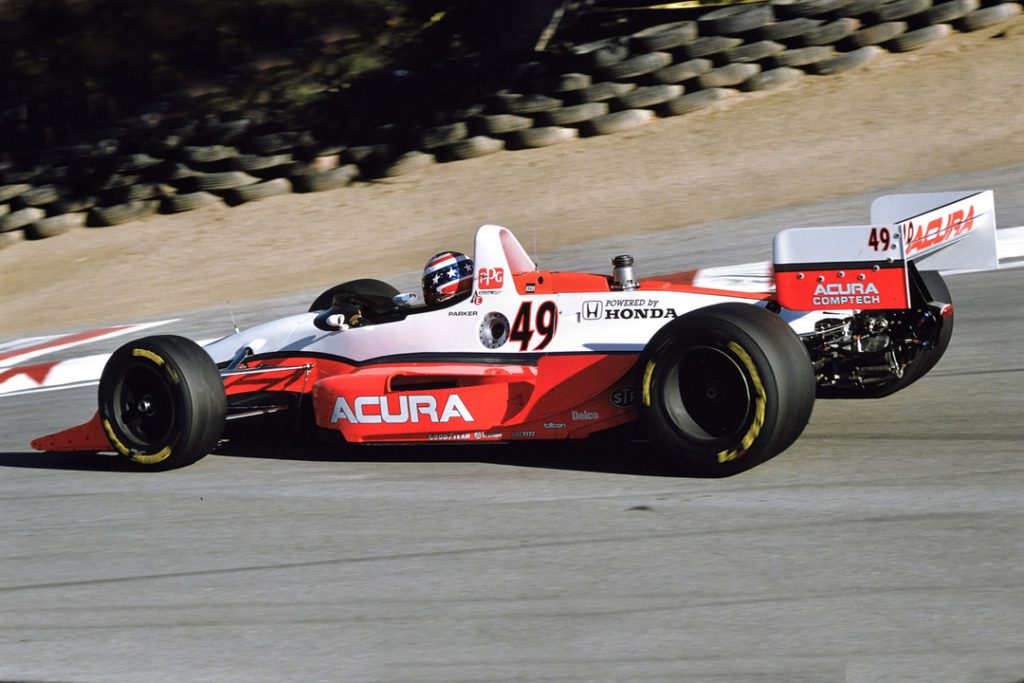 The Meyer Shank Racing Indy car driven by Jack Harvey will feature Acura livery in this weekend’s Acura Grand Prix of Long Beach, marking the return of Acura colors to the NTT IndyCar Series for the first time since 1994.  The one-off design for the AutoNation / SiriusXM #60 entry celebrates the start of Acura’s tenure as title sponsor of the Southern California racing classic.

“Given our long-running, successful relationship with Meyer Shank Racing in sports car competition, it seemed only natural to mark our first year as title sponsor of the Acura Grand Prix of Long Beach by extending our brand to the MSR Indy car,” said Jon Ikeda, Acura vice president and Brand Officer.

In place of the usual Honda brand on the engine cover and “Circle H” nose logo, the MSR chassis will carry Acura branding on the engine cover and rear wing endplates, with the “Caliper A” logo on the nose and upper front-wing elements.  In addition to Acura branding, the #60 AutoNation/SiriusXM entry will continue to feature the “Drive Pink” campaign to support breast cancer treatment research.

“We’ve had a great history for four years now with Acura and we couldn’t be more proud to represent them on the NSX side in IMSA and now we can do a little something for them at the Acura Grand Prix of Long Beach in IndyCar,” said MSR team owner Michael Shank. “This is really just a proud moment in my time, I think it’s great.”

In addition to its Indy car program, Meyer Shank Racing fields a pair of Acura NSX GT3 Evo’s in the IMSA WeatherTech SportsCar Championship, and has scored four class victories and two poles in the highly-competitive GTD category since 2017.  The #57 Caterpillar sponsored MSR Acura NSX GT3 Evo, raced by the all-female driver lineup of Katherine Legge, Bia Figueiredo and Christina Nielsen, will be on display in the atrium of the Long Beach Convention Center throughout the Acura Grand Prix of Long Beach race weekend.

The only previous time Acura featured on an Indy car entry was in 1994, when the division served as primary sponsor of the Comptech Racing Lola driven by three-time IMSA champion Parker Johnstone.  The Comptech Lola featured Acura logos and branding, and Johnstone took part in six Championship Auto Racing Teams (CART) events that season, in addition to running an extensive testing program.

Five of the six Acura models sold in North America are made in central Ohio, using domestic and globally-sourced parts, including the ILX and TLX luxury sports sedans (Marysville Auto Plant), the RDX and MDX luxury SUVs (East Liberty Auto Plant) and the Acura NSX supercar, which is built to order at the Performance Manufacturing Center in Marysville, Ohio.

Anime fans! How awesome does this Acura anime seri

@artaracing.official has a created a custom NSX ca