The 2021 Acura TLX, to be digitally revealed on Thursday, May 28, is built on an all-new, Acura-exclusive sport sedan platform. The new TLX’s dedicated architecture is designed for Type S levels of performance and includes a highly rigid body and a performance-focused chassis highlighted by the return of double wishbone front suspension.

The new TLX’s front suspension uses two wishbone-shaped control arms, in place of the more common Macpherson strut setup in many competing sport sedans, to deliver more precise control of wheel camber, caster and toe angles, and to maximize tire-to-ground contact for exceptional handling precision and cornering grip. Due to its inherent performance-enhancing attributes, double wishbone suspension underpins the second-generation NSX supercar and was a staple of Acura performance products of the past, including the Legend (1986-1995), Integra (1990-2001), TL and TL Type S (1996-2014), and first-generation NSX (1991-2005). 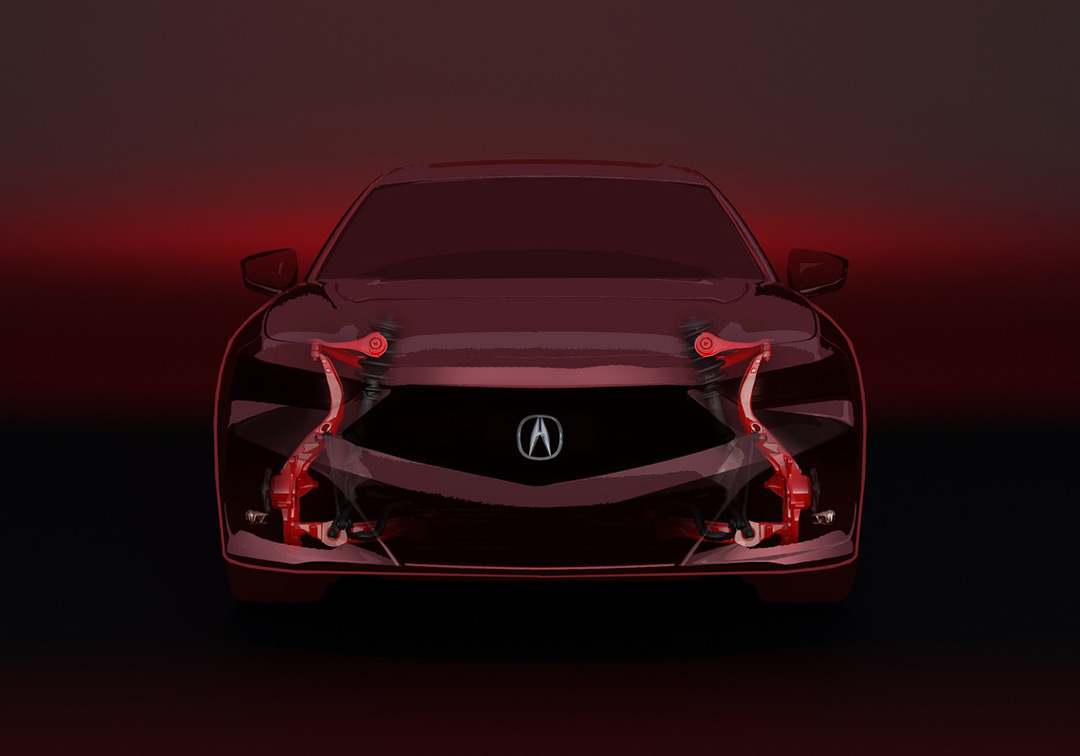 About Acura
Acura is a leading automotive nameplate that delivers Precision Crafted Performance – a commitment to evocative styling, high performance and innovative engineering, all built on a foundation of quality and reliability. The Acura lineup features five distinctive models –the TLX performance luxury sedan, the ILX sport sedan, the five-passenger RDX luxury crossover SUV, the seven-passenger Acura MDX, America’s all-time best-selling three-row luxury SUV, and the next-generation, electrified NSX supercar.  All Acura models sold in North America for the 2021 model year are made in the U.S., using domestic and globally sourced parts.

Another #frontendfriday brought to you by the #202

This year Honda Japan is celebrating the 30th anni

What do you think of the 2021 TLX's Parchment inte

Who's holding out for the Type S? Here it is on di