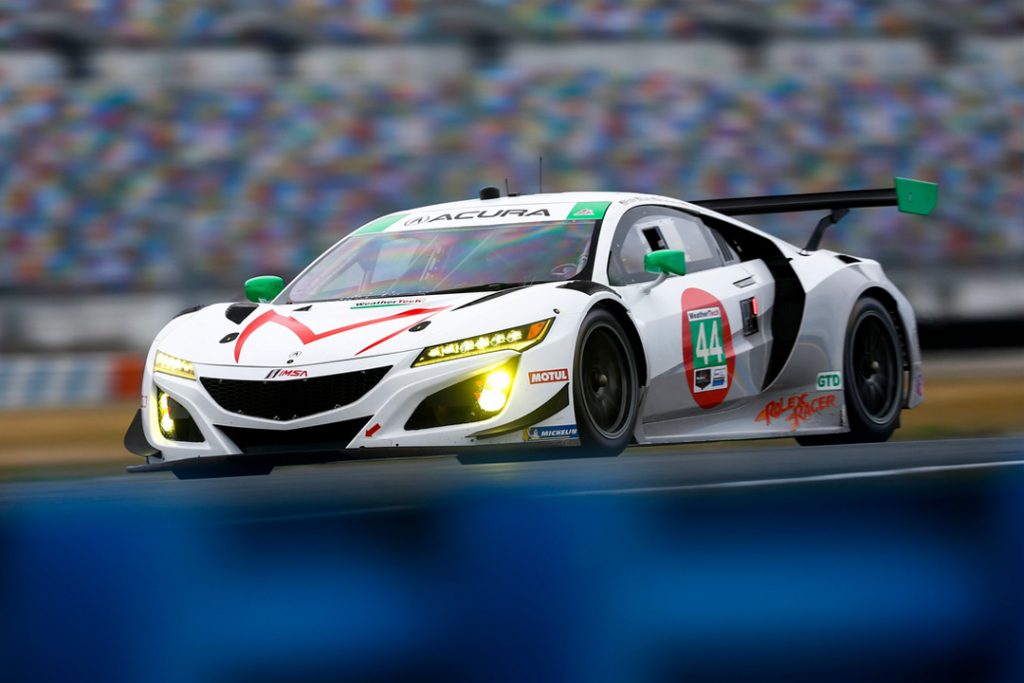 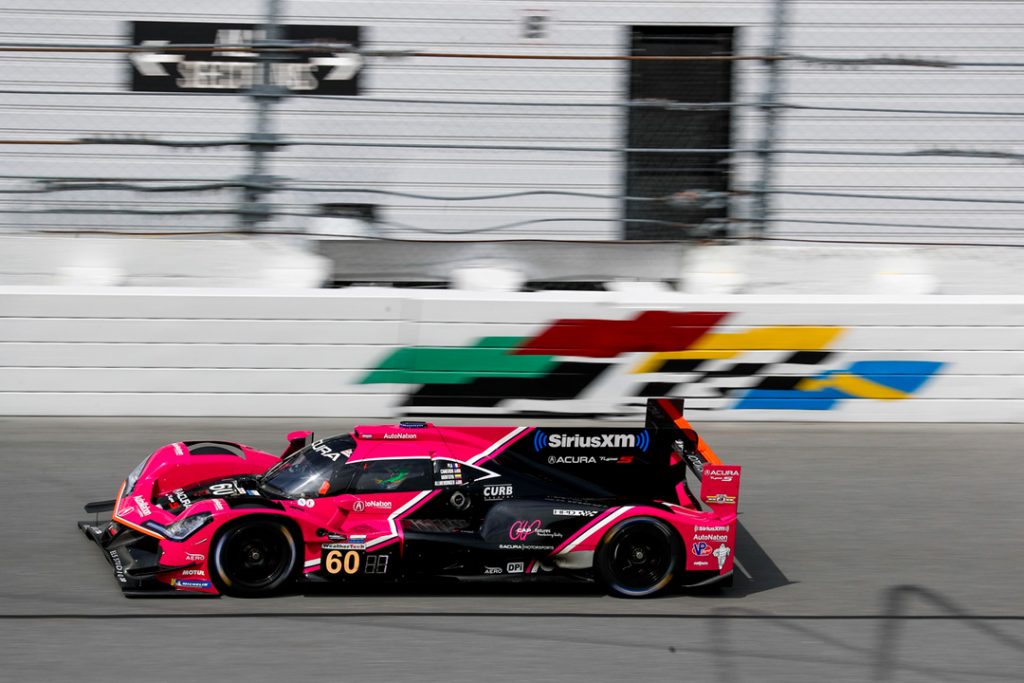 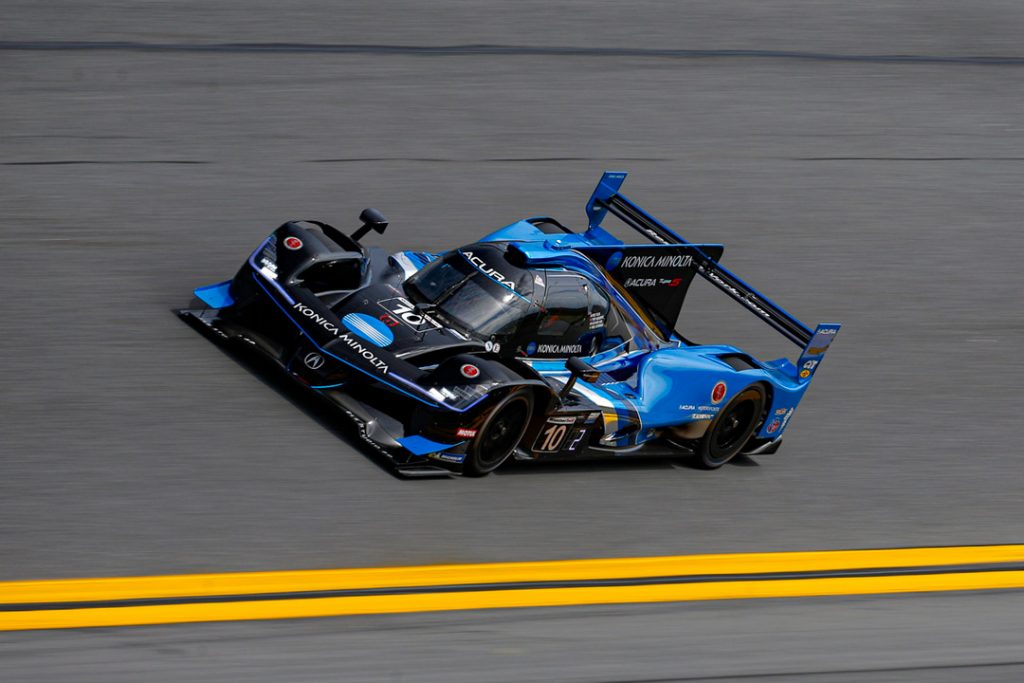 Two veteran sports car racing teams made their Acura debut this weekend at the “Roar Before the 24”, the official pre-season test prior to next weekend’s season-opening Rolex 24 at Daytona, while the reigning GTD champion Meyer Shank Racing continues with Acura in 2021, but now in the premier prototype division.

This weekend’s three-day test concluded Sunday with a 100-minute sprint race to set the grid for next weekend’s season-opening Rolex 24. Meyer Shank Racing with drivers Dane Cameron and Olivier Pla led the way for Acura Motorsports, finishing fourth overall in their SiriusXM AutoNation Acura ARX-05, earning the team the fourth starting position for the Rolex 24.

Finishing just two seconds behind in fifth were Ricky Taylor and Felipe Albuquerque in their Wayne Taylor Racing Acura ARX-05. In GTD, the Magnus with Archangel duo of John Potter and Andy Lally persevered after an early race penalty, for a caution flag infraction, to finish 12th.

Dane Cameron (#60 Meyer Shank Racing Acura ARX-05): finished 4th in qualifying race; Rolex 24 co-drivers include Olivier Pla, Juan Pablo Montoya and A.J. Allmendinger: “Yeah, the first ever qualifying race for the Rolex 24 at Daytona, so fourth for [Meyer Shank Racing] is not too bad on our first time out with the ARX-05 prototype. We’ll definitely take it. We’ve made some real strides in the last day or two [of testing], working to make the balance better. Today’s race was a chance for the drivers to do live driver changes, for the team to do live pit stops, and for Ollie [Pla, co-driver] to do a full stint in the car under race conditions, and get to understand the [chassis adjusting] tools and electronics a lot better. It’s a little different to have this type of [qualifying race], but for us it was super helpful.”

Felipe Albuquerque (#10 Wayne Taylor Racing ARX-05) finished 5th in qualifying race for next weekend’s Rolex 24; race co-drivers will include Ricky Taylor, Alexander Rossi and Helio Castroneves: “We finished fifth after starting seventh, and actually, I’m quite happy with my job in the car. I didn’t know what to expect [before the race], since it was my first time in the Acura on rain tires and in the rain, but we had the car up to P3 at one point. That’s pretty solid. We were putting up a strong fight [at the front]. After the driver change, Ricky [Taylor, co-driver] had a tough time, as he went out on slick tires on a still damp track. Now we’ll start the 24 hours from fifth. Now let’s learn more about the car and have a strong race next weekend.

Andy Lally (#44 Magnus with Archangel Acura NSX GT3 Evo) qualified 12th in GTD for the Rolex 24; co-drivers include John Potter, Spencer Pumpelly and Mario Farnbacher: “For as much as this team had to do in preparing for this season, I’m thrilled with how the car ran this weekend. The preparation from the Magnus with Archangel crew was nothing less than extraordinary, this is a brand-new chassis and there was a lot to accomplish in a very limited amount of time. They used their experience and ingenuity to come up with methods to get us through this test is good shape for next weekend.”

David Salters (President, Honda Performance Development) on today’s qualifying race: “I’m grateful for the effort our new teams and our associates at HPD put in to get their new Acura’s so well prepared during what was an incredibly brief off-season for everyone. It was a huge undertaking on the part of Wayne Taylor Racing, Meyer Shank Racing, Magnus with Archangel and HPD. But we didn’t quite get the results in today’s qualifying race that we were hoping for prior to the start of the test. So now, we need to have a good look at everything, understand it, and come back fighting next weekend.”

Where to Watch the Rolex 24 at Daytona
Television coverage of the 59th Rolex 24 at Daytona starts Saturday, January 30, at 3:30 p.m. EST on NBC, and continues on the NBC Sports Network from 4:30-8 p.m.; 11 p.m.-3 a.m.; and 6 a.m.-2 p.m. Coverage concludes with the final hours of the race on NBC from 2-4 p.m. Sunday. Live flag-to-flag race coverage also will be available on the NBC Sports App and NBCSN Gold with NBCSN Trackpass authentication.

Fans can listen to audio commentary via IMSA.com, RadioLeMans.com and Sirius XM Radio; and follow the race live via in-car cameras, IMSA Radio and timing & scoring available worldwide on IMSA.com and the IMSA mobile device App.

Just a few of the NSXs from this weekend's NSX Wes

Repost @ludacris: The Secret To Flying High, Is T