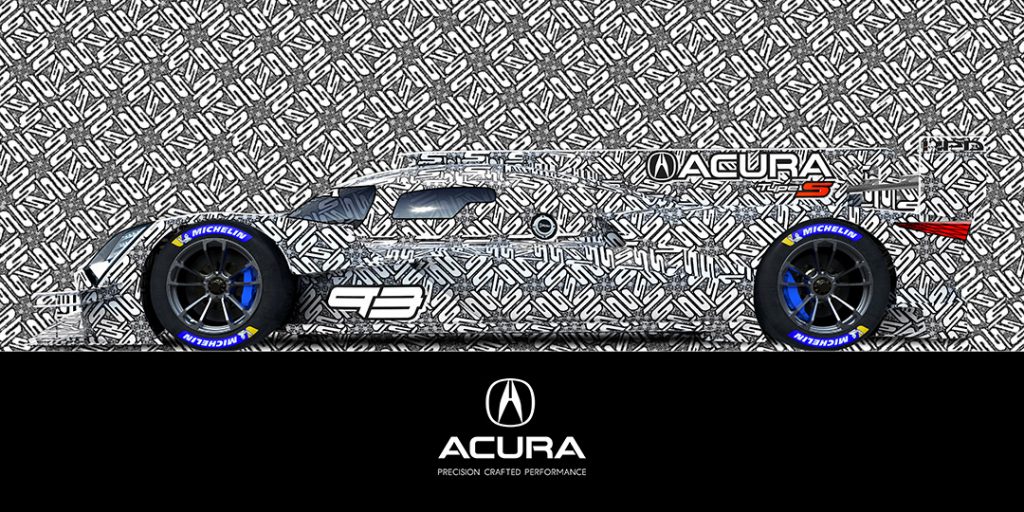 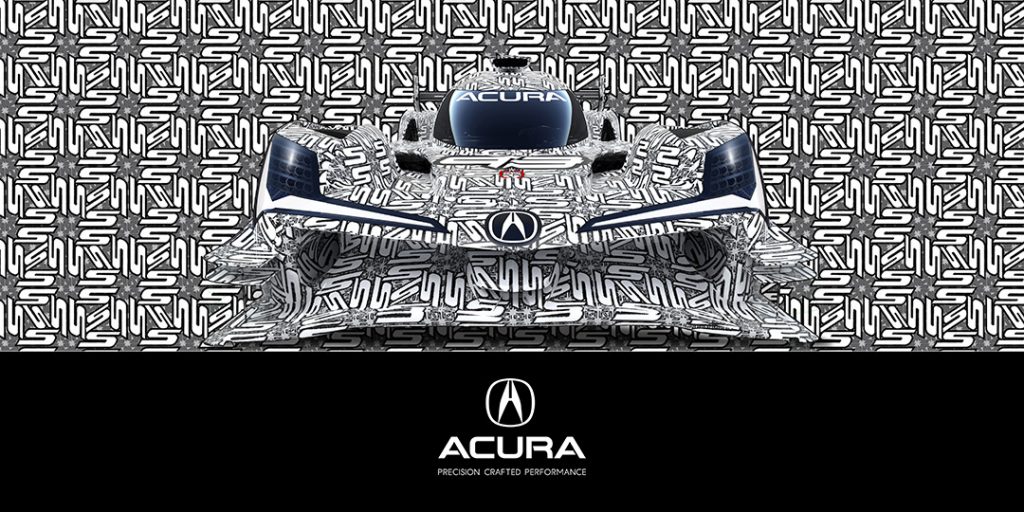 The Acura ARX-06 [Acura Racing eXperimental, generation 6] is the latest in a successful line of endurance prototypes fielded by the brand, beginning in 1991.  Exterior styling of the newest prototype race car was led by the Acura Design Studio in Los Angeles, Calif., in conjunction with Honda Performance Development, the racing arm for Acura Motorsports and Honda Racing in North America, and chassis-supplier ORECA [ORganisation Exploitation Compétition Automobiles].

“The process we used in creating the exterior design for the Acura ARX-06 is exactly the same as how we create a new Acura passenger vehicle,” said Dave Marek, Acura Executive Creative Director.

“The same world-class stylists that lead Acura production car design created initial sketches, then pared those down to several potential designs. Next we created a scale model, did aero and wind tunnel model testing, and brought HPD and our partner teams in for their feedback.,” Marek recounted. “The design continued to be refined throughout the testing and evaluation process, until we came up with a final treatment that met our performance goals while maintaining all-important Acura styling cues. It’s been an exciting process.”

The Acura ARX-06 will be the latest in a line of endurance prototypes to be fielded by the company dating back to 1991, just five years after the 1986 launch of the Acura brand.  Based on the ORECA LMDh chassis, the ARX-06 will feature Acura-specific bodywork, aerodynamics and internal combustion power unit.

Acura will continue its partnerships with the proven, race- and championship-winning Wayne Taylor Racing and Meyer Shank Racing organizations to campaign the hybrid-powered Acura entries in 2023.

In addition to sweeping all three major IMSA DPi championships in both 2019 and 2020 – for Manufacturers, Drivers and Teams – Acura has won the Rolex 24 at Daytona in both 2021 and ’22, including a 1-2 finish for the manufacturer at this year’s twice-around-the-clock endurance classic.  Additional podium finishes at Sebring, Watkins Glen and the Petit Le Mans in 2021 resulted in a sweep of IMSA Michelin Endurance Cup titles for Acura and partner Wayne Taylor Racing.

About Honda Performance Development
Honda Performance Development, Inc. (HPD), has a rich heritage creating, manufacturing, and supporting Honda Racing and Acura Motorsports customers since 1993.  From pinnacle racing in INDYCAR and IMSA Sports Cars to commercial racing programs, HPD powers the dreams of professional and amateur racers from age 4 to 40+. HPD is a wholly owned subsidiary of American Honda Motor Co., Inc. and leads all of Honda and Acura’s high-performance racing programs in North America. HPD specializes in the design and development of powertrain, chassis, electronics and performance parts, as well as technical and race support. HPD offers parts and race support to Honda and Acura amateur and professional motorsports racers, and is continually expanding its palette of racing programs that make Honda racing products available to all racing styles, from karting and Quarter Midgets to the highest levels of pro racing.