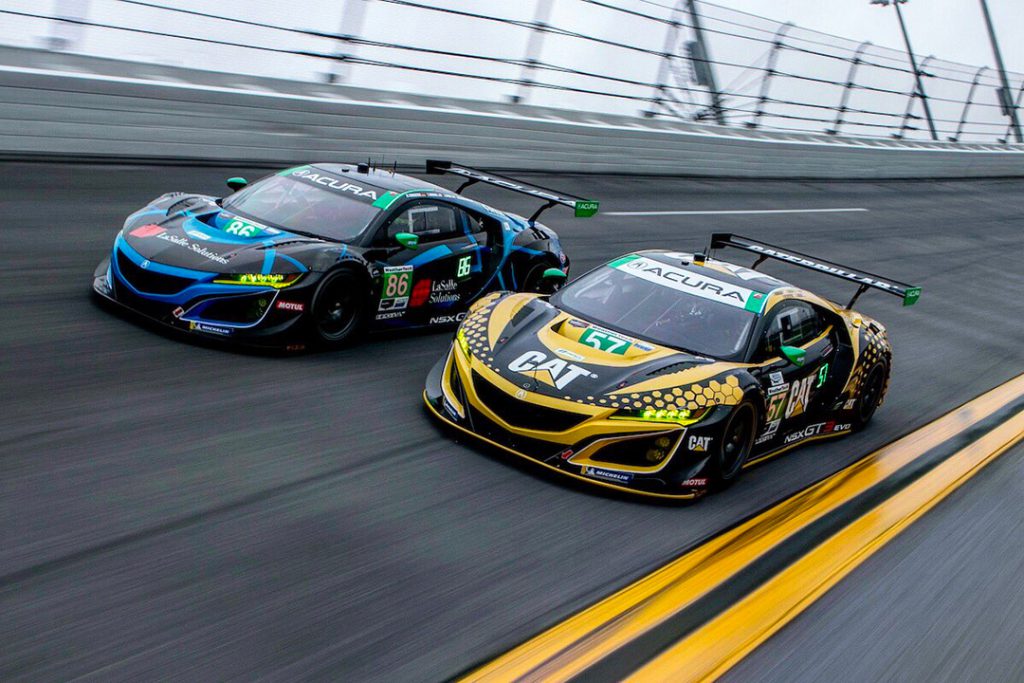 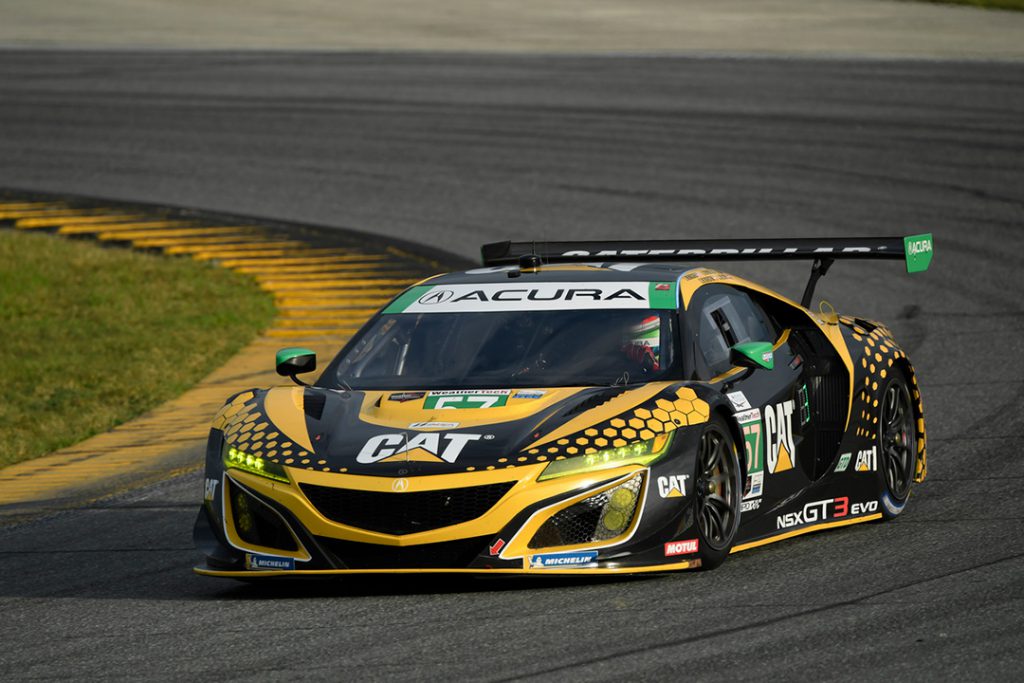 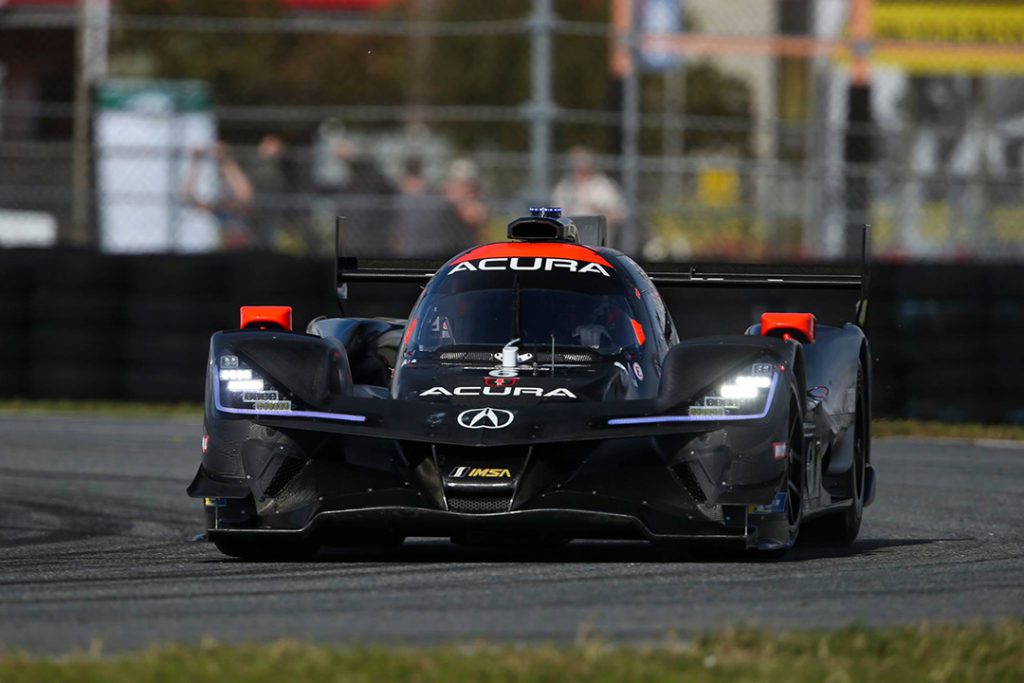 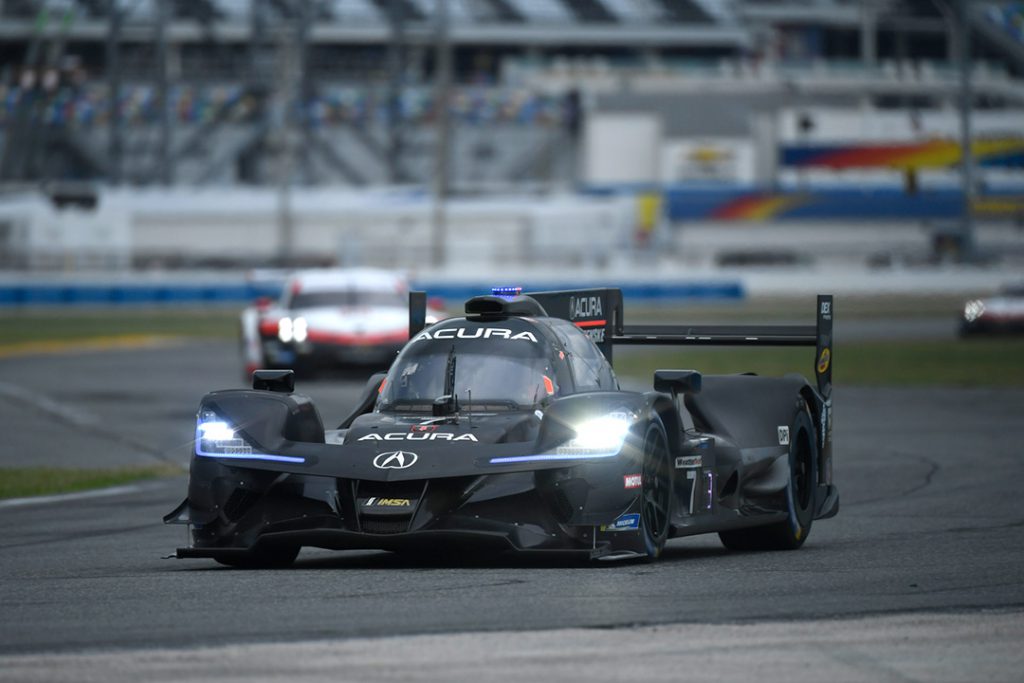 A four-car Acura Motorsports effort for the 2019 IMSA WeatherTech SportsCar Championship made its public debut this weekend at Daytona International Speedway, with a pair of Acura ARX-05 prototypes and two Acura NSX GT3 Evo’s all featured in final pre-season preparations at the “Roar Before the 24” open test.

Acura Team Penske and Meyer Shank Racing continue to lead the combined Acura Motorsports IMSA effort for 2019. The test days culminated in separate qualifying sessions for each class to determine pit and garage allocations for the season-opening Rolex 24 (January 26-27), with Acura leading the way in GTD and third in the Prototype category.

Acura Team Penske
With the Penske Acura ARX-05 prototypes still clad in “carbon fiber black” testing colors, former series champion Ricky Taylor led the way with a third-place run in the 15-minute qualifying session on Sunday, which will be used for preferred garage and pit locations for the Rolex 24 race weekend later this month.

Acura Team Penske returns with an almost intact driver lineup for 2019, with Taylor continuing to share the #7 Acura ARX-05 with three-time Indy winner Helio Castroneves.  Another Indy 500 race winner, Alexander Rossi, joins the effort as the third driver for the Rolex 24 and other long-distance rounds of the series.

In the #6 Acura, Juan Pablo Montoya posted the seventh-fastest time in qualifying.  For 2019, he continues to be paired for the season in the #6 Acura ARX-05 prototype with former IMSA series champion Dane Cameron.  Former IndyCar Series champion Simon Pagenaud again completes the lineup for the long-distance events.

Meyer Shank Racing Acura NSX GT3 Evo
Meyer Shank Racing returned to Daytona with its pair of NSX GT3 Evo’s to start the new season on a positive note, with both cars running at or near the top of the GTD class time sheets throughout the test.  For 2019, the team will again be led by returning race winners Katherine Legge and Mario Farnbacher.

In the single qualifying session, Bia secured the GTD class pole, with Hindman third, giving the MSR team the best GTD pit and garage selection for the Rolex 24 later this month.

Next
This week’s test at Daytona International Speedway completes official preparations for the January 26-27 Rolex 24, the twice-around-the-clock endurance contest that kicks off the 2019 IMSA WeatherTech SportsCar Championship.

Quotes
Steve Eriksen (Vice President and COO, Honda Performance Development) on this weekend’s test: “It feels good be back on track, and get our 2019 season off to an encouraging start.  Our GTD program with Meyer Shank Racing has definitely improved after the introduction of our Acura NSX GT3 Evo model and likewise we feel the ARX-05 prototype is a much improved after a year’s development with Acura Team Penske.  We had a productive Roar test, and strong qualifying runs to cap the weekend.  We’re looking forward to the Rolex 24 in just a few weeks and the rest of the WeatherTech SportsCar Championship.”

Ricky Taylor (driver, #7 Acura Team Penske ARX-05) qualified third in prototype: “There are a lot of quick cars out there, but we definitely had a great qualifying car.  It was a great opportunity to get a qualifying ‘sim’ [simulation] in before the actual race weekend, where you get only one ‘go’ at it.  So, it’s great to get another opportunity here and to show some pace.  I think we’ve got a pretty good race car, too, so we’re all looking forward to coming back here in a couple of weeks.”

Bia Figueiredo (driver, #57 Michael Shank Racing Acura NSX GT3) qualified first in GTD: “It’s a pleasure to be here in Daytona for the first time. I had the job to qualify today, and they said ‘Drive as fast as you can’, and that’s what I did. It shows we’ve got a very good car, and a really strong team. To be part of the show is really nice, and I’m very happy.”

#frontendfriday with the TLX Type S squad at last

NSX vs an F1 car at Imola? This feature with Max V

The new Acura ARX-06⚡️getting a taste of Dayto