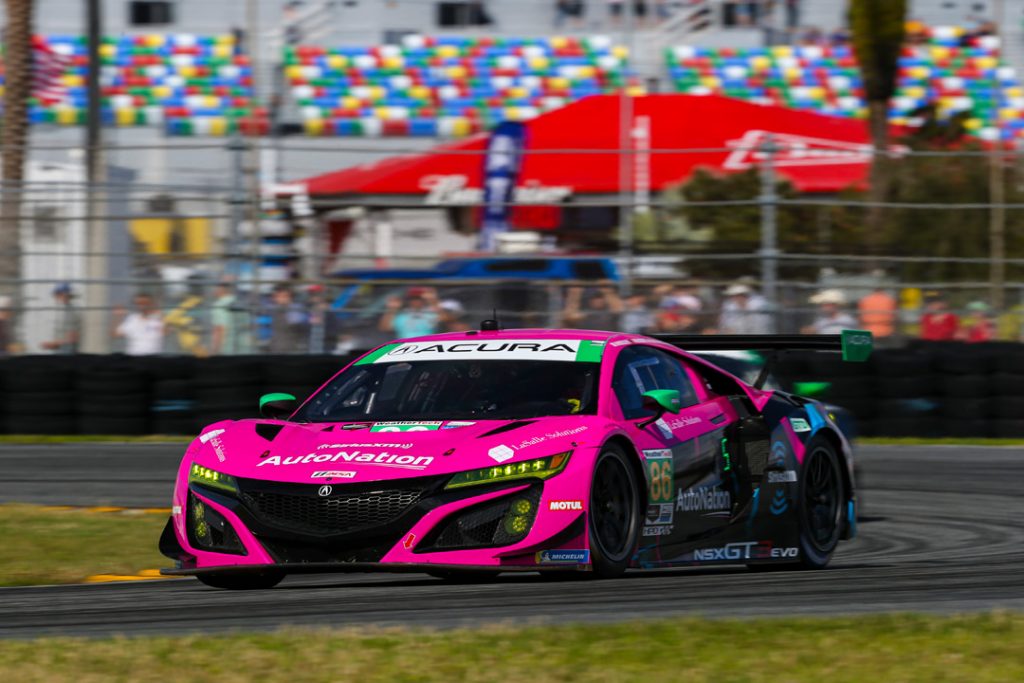 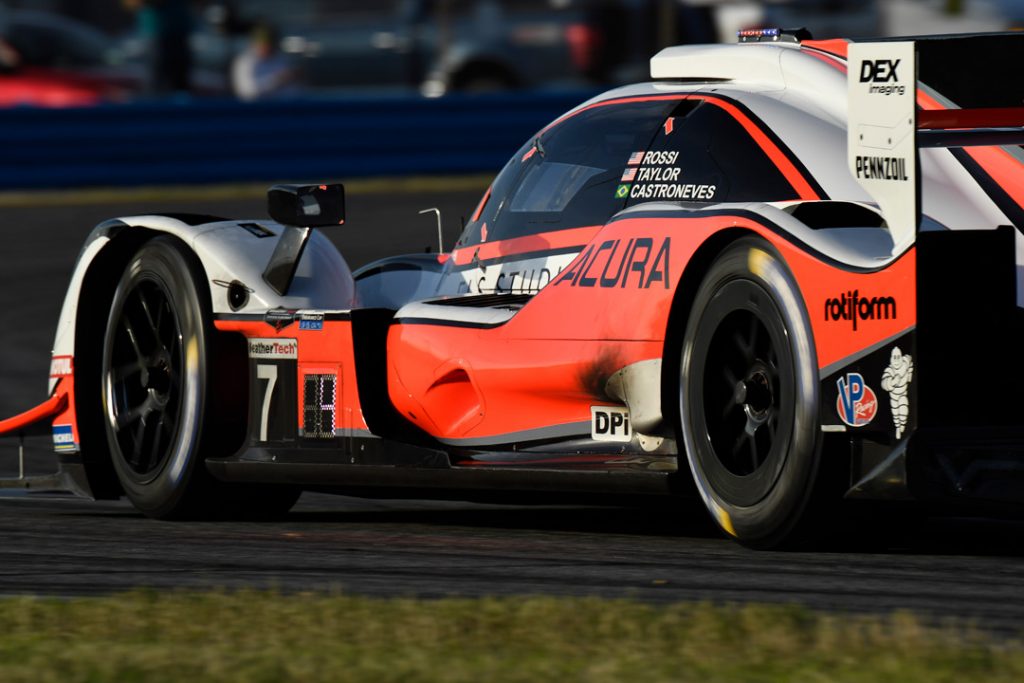 A four-car Acura Motorsports effort for the 2020 IMSA WeatherTech SportsCar Championship made its public debut this weekend at Daytona International Speedway, with a pair of Acura ARX-05 prototypes and two Acura NSX GT3’s all featured at the “Roar Before the 24” open test.

Acura Team Penske and Meyer Shank Racing continue to lead the combined Acura Motorsports IMSA effort for 2020. The test days culminated in separate qualifying sessions for each class to determine pit and garage allocations for the season-opening Rolex 24.

Ricky Taylor’s Acura led the way with a second-place run in the 15-minute qualifying session on Sunday, which will be used for preferred garage and pit locations for the Rolex 24 race weekend.  Taylor’s best lap time of 1:33.543 was only two-tenths of a second off the ‘pole’ time of Olivier Pla’s Mazda prototype.

Juan Pablo Montoya posted the third-fastest time in qualifying, just two-hundredths of a second off his teammate.  For 2020, the drivers’ championship duo of Montoya and Dane Cameron continue to be paired for the full season in the #6 Acura ARX-05 prototype.  Defending Indy 500 champion Simon Pagenaud again completes the lineup for the long-distance events.

Acura Team Penske returns with an intact driver lineup for 2020, with Taylor continuing to share the #7 Acura ARX-05 with three-time Indy winner Helio Castroneves.  Another Indy 500 race winner, Alexander Rossi, will again serve as the third driver for the Rolex 24 and other long-distance rounds of the series.

Meyer Shank Racing Acura NSX GT3 Evo
Meyer Shank Racing returned to Daytona with its pair of NSX GT3’s to start the new season on a positive note. Both cars ran at or near the top of the GTD class time sheets throughout the test as MSR defends its Drivers’ and team’s titles.

Trent Hindman, who will be driving the #57 Heinricher Racing with MSR in the endurance rounds this season, qualified his Acura fourth in GTD.  The #57 car will be driven for the full season by Alvaro Parente and Misha Goikhberg, with NASCAR veteran A.J. Allmendinger joining the lineup for the Rolex 24.

Next
This week’s test at Daytona International Speedway completes official preparations for the January 25-26 Rolex 24, the twice-around-the-clock endurance contest that kicks off the 2020 IMSA WeatherTech SportsCar Championship.

Quotes
Ted Klaus (President, Honda Performance Development) on this weekend’s test: “It feels good be back on track, and get our 2020 season off to an encouraging start.  We had a productive Roar test, and strong qualifying runs to cap the weekend.  We’re looking forward to the Rolex 24 in just a few weeks and successfully defending our multiple titles in both DPi and GTD throughout the WeatherTech SportsCar Championship.”

Ricky Taylor (driver, #7 Acura Team Penske ARX-05) qualified second in prototype: “It’s not a race qualifying situation, but it still means a lot to show good pace here ahead of the ’24’.  It’s been a long three days, but we made a lot of progress throughout the test, and now we’re right there with the other manufacturers.  We have more and more confidence every day, and I’m looking forward to the race.”

Matt McMurry (driver, #86 Michael Shank Racing Acura NSX GT3) qualified second in GTD: “That was a good qualifying.  We lucked out with the rain just barely missing us, and the car was really awesome that session.  Everything came together.  Trent [driving the #57 MSR Acura] and I went out together and we worked really well as drafting partners.  We’ve got a good pit spot for the Rolex 24, and it was a great start to this year’s race.”