Torrance, Calif., Oct. 1, 2020—After more than two decades and one million units sold since MDX first debuted, Acura is set to unveil the most ambitious redesign of America’s all-time best-selling 3-row luxury SUV of yet. The fourth-generation MDX, debuting in prototype form Oct. 14, will usher-in new levels of Acura design, performance, technology and craftsmanship, assuming the mantle as the brand’s new flagship model.

“We’re accelerating Acura’s commitment to Precision Crafted Performance and this fourth-generation MDX is the most ambitious and consequential redesign of an Acura core model in our history,” said Jon Ikeda, vice president and Acura brand officer. “This all-new MDX will take us into new territory in terms of performance, prestige and emotional appeal.”

A teaser image and short video [acura.us/MDXPrototype1] released today, highlights the sharply sculpted beltline running the perimeter of the wider, lower and longer MDX, connecting the Jewel Eye® LED headlights at the front to the Chicane™ LED taillights in the rear.

The original MDX was the industry’s first three-row SUV to be based on a unibody platform, offering superior comfort, space and driving performance than existing truck-based SUVs. The model earned critical praise, including 2001 North American Truck of the Year and 2001 Motor Trend SUV of the Year awards. Over the past two decades, cumulative sales have surpassed 1 million units, securing MDX’s place as the best-selling Acura model, accounting for roughly one-third of the brand’s U.S. sales since its launch. 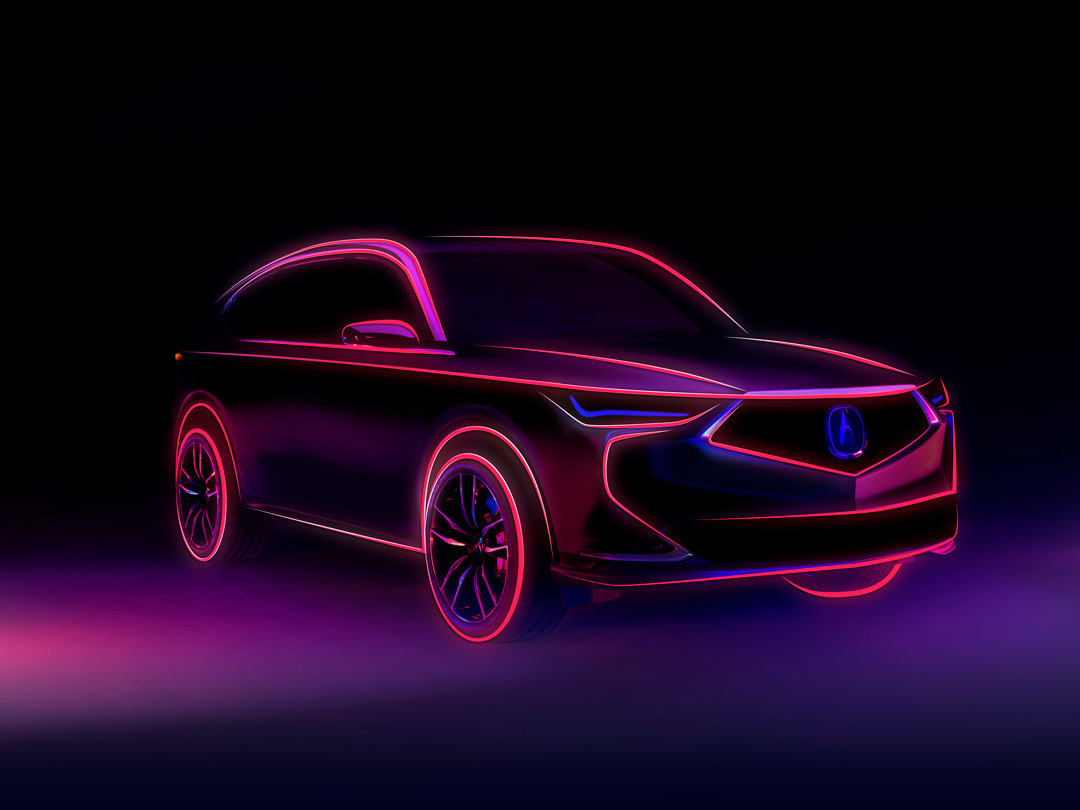 About Acura
Acura is a leading automotive nameplate that delivers Precision Crafted Performance – a commitment to expressive styling, high performance and innovative engineering, all built on a foundation of quality and reliability. The Acura lineup features five distinctive models – the ILX and TLX sport sedans, the RDX and MDX sport-utility vehicles and the next-generation, electrified NSX supercar. All Acura models sold in North America for the 2021 model year are made in the U.S., using domestic and globally sourced parts.