Acura will take the 2019 SEMA show as an opportunity to celebrate its dominant racing season and showcase a selection of performance-focused, accessory-modified and motorsports Acura models. In addition to two generations of championship-winning NSX race cars, Acura will display the production 2020 NSX in its newest hue, Indy Yellow Pearl, a 2020 RDX fitted with a new line of concept A-Spec accessories, and the Acura Type S Concept – a striking concept that sets the stage for the return of Type S performance variants.

Acura Type S Concept
Following its debut at Monterey Car Week in August, the Acura Type S Concept arrives in Las Vegas as the latest evolution of Acura design and a bold statement about the future of Acura performance, presaging the return of Type S performance variants to the Acura lineup. Taking inspiration from the Acura Precision Concept, the Type S Concept is characterized by a wide track, low stance and expressive silhouette, showcasing a whole series of new or redesigned signature Acura design cues, including new JewelEye™ LED headlights, “Chicane” DRLs and taillights, and a new open-surface Diamond Pentagon grille. Following a decade-long hiatus, Acura will debut two all-new Type S models in the next two years. Full details can be found at: https://acura.us/TypeSConcept. 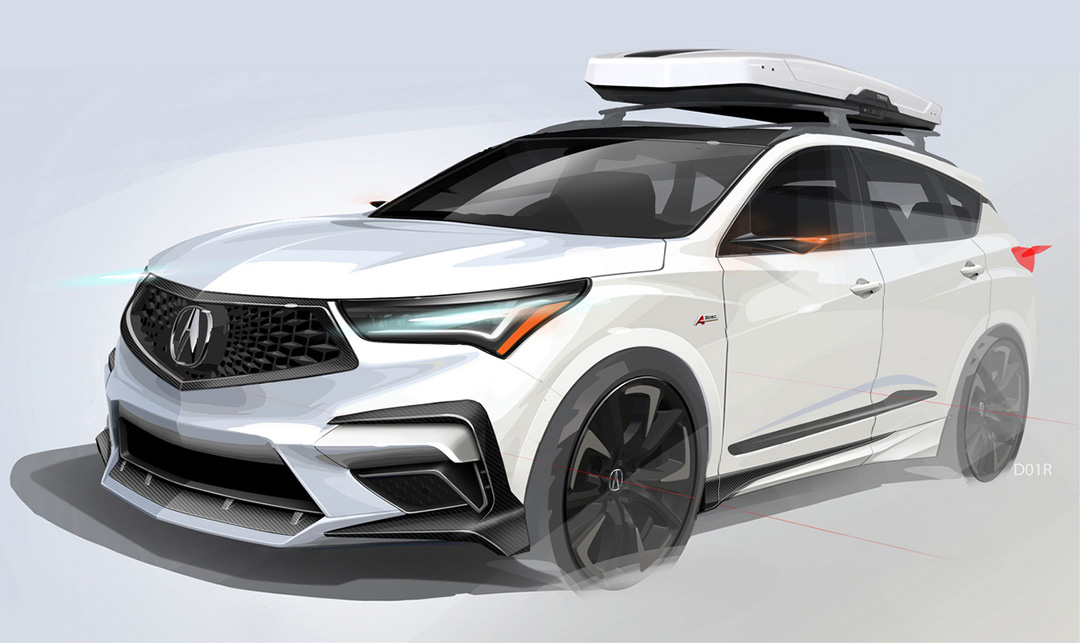 2020 Acura RDX with Concept A-Spec Accessories
Acura is displaying a 2020 RDX A-Spec fitted with a plethora of Acura Genuine Accessories and a new line of concept A-Spec accessories developed by the brand’s U.S. engineering and accessory design teams. The full list of accessories includes:

Championship-Winning First-Generation NSX
RealTime Racing’s championship-winning, first-generation Acura NSX, piloted by American sports car racing Hall of Famer, Peter Cunningham, is making an appearance at SEMA this year, on special assignment from the company’s Torrance, California collection hall. Built in Japan in 1990 as a pre-production model, the RealTime NSX made its racing debut on May 4, 1991 in the World Challenge series at Sears Point Raceway. Its full-time racing campaign didn’t begin for several more years, with RealTime Racing entering World Challenge competition for the 1996 season. Over a three year span, the NSX won eight races and secured the 1997 SCCA World Challenge GT Drivers’ Championship for Cunningham.

With the resurgence of the GT class in 2001, the team and car returned, this time with a Vortech-supercharged 3.2 liter engine, winning another five races in 2001, and a 50th and final start on Nov. 27, 2002 at Virginia International Raceway. In total the RealTime Racing NSX won 14 races and finished on the podium 26 times. It is arguably the most winning single chassis in the history of SCCA Pro Racing’s SPEED World Challenge GT series.

The NSX GT3 Evo race car at SEMA features a custom-designed livery with yellow and blue accents over an exposed carbon fiber body. Its bespoke chassis is built alongside the road-going version of NSX at the Performance Manufacturing Center (PMC) in Marysville, Ohio1. The 3.5-liter twin-turbocharged V6 racing engine uses the same design specifications as the production NSX, including block, heads, valve train, crankshaft, pistons and dry-sump lubrication system and is assembled in the dedicated build room established for the NSX engine at the Anna Engine Plant in Anna, Ohio.

The race-winning, carbon fiber NSX GT3 Evo is offered for sale globally at a starting price of €465,0002 (Approx. $525,000). More information on the NSX GT3 Evo can be found at AcuraClientRacing.net.

The 2019 and 2020 models of Acura’s electrified supercar ride on an enhanced suspension and new Continental SportContact™ 6 tires developed specifically for NSX for improved control at-the-limit. The result is a nearly two-second faster lap time in testing around the world famous Suzuka Circuit. The 2020 NSX is available for order now, with a starting Manufacturers Suggested Retail Price (MSRP) of $157,500.

Five of the six models in the Acura lineup are made exclusively in central Ohio, using domestic and globally-sourced parts, including the ILX and TLX luxury sports sedans (Marysville Auto Plant), the RDX and MDX luxury SUVs (East Liberty Auto Plant) and the Acura NSX supercar, which is built to order at the Performance Manufacturing Center in Marysville, Ohio.

Another #frontendfriday brought to you by the #202

This year Honda Japan is celebrating the 30th anni

What do you think of the 2021 TLX's Parchment inte

Who's holding out for the Type S? Here it is on di